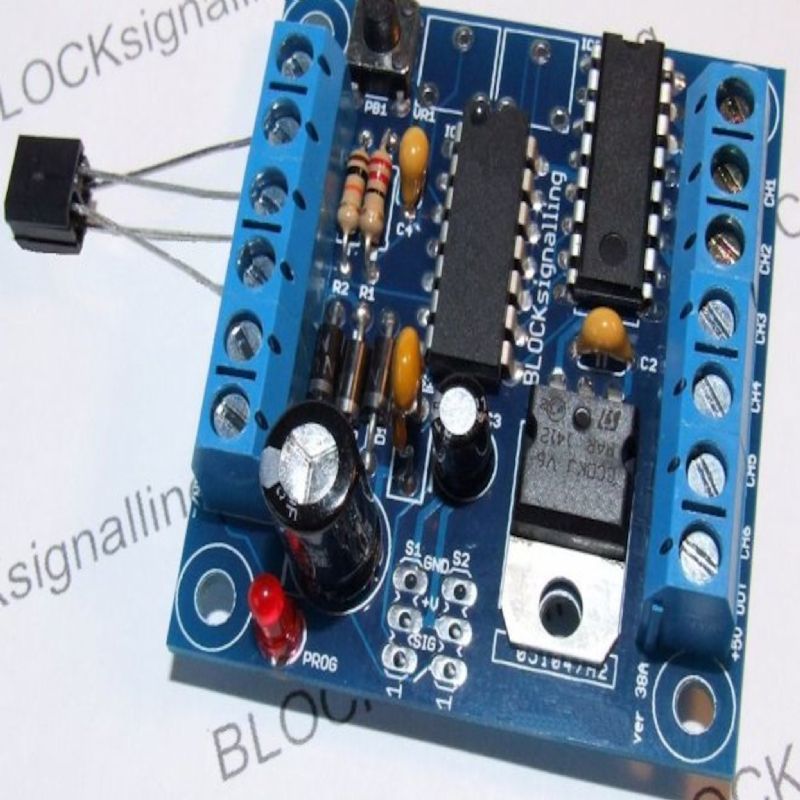 Detects the presence of trains using an infra-red sensor located beneath the track.

When a train is detected, the yellow led is lit, then the two red leds light alternately.

Automatically switches off after a set number of cycles.

Fully configurable to alter the duration and flash rate of the leds.

Support for continental lights sequences.You can  program it to skip past the first part of the sequence, where only the steady yellow light is shown and go straight to the flashing red LEDs. .This Level Crossing Simulator detects the presence of trains by bouncing invisible Infra-Red (IR) light off the underside of the rolling stock, and detecting the light reflected back. When a train is detected, it runs a built-in program to simulate the operation of UK or continental level crossings.